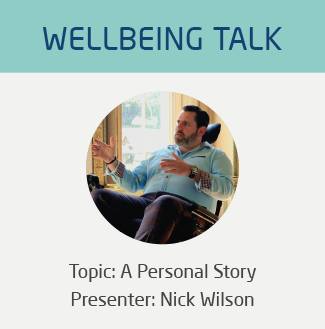 What does it mean if someone is suicidal?
How to cope with suicidal thoughts
Supporting someone you're worried about
Support for suicide in the workplace

What does it mean if someone is suicidal?

The reasons why someone is suicidal or has suicidal thoughts are complex and personal. It's often a combination of factors related to their feelings or thoughts or perhaps a triggering event. If someone feels suicidal, it's likely that they will feel like there's no other way out, they'll feel helpless and hopeless, disconnected, alone, and as though they are a burden to others around them.

Some factors mean that a person is more likely to attempt suicide than others, this could be their gender, age, sexual orientation or gender identity, if they've experienced a bereavement themselves, or suffer from a mental illness, socioeconomic status, behavioural patterns (such as substance abuse) or psychological factors.

If someone is in this state of mind and feeling that suicide is their only solution, it can be extremely difficult to connect with them, but the best thing you can do is to reach out.

How to cope with suicidal thoughts

If you're having suicidal thoughts, please reach out to someone. There are lots of details at the bottom of this page for help.

When you're feeling low and that suicide is the only way out, it can feel as though you'll never feel happy again. This doesn't have to be the case, with help and support you can have a brighter future. The thought of speaking to someone might feel pointless, overwhelming, and extremely difficult, but the sooner you let someone know how you're feeling, the quicker you'll be able to get support to overcome these feelings.

As everyone is different, there isn't a set way of how you might be feeling.

There are alternatives to suicide so give yourself some time to find some support, some help with coping, and talk to others about how you are really feeling. Allow others to care for you just as you would if your best friend came and told you he/she was suicidal - talk to yourself as you would a friend.

Remember, you deserve support and you are not alone. There is help out there and you are important.

Supporting someone you're worried about

If you think that someone may be feeling suicidal, encourage them to talk about how they are feeling. You may feel uncomfortable talking about suicidal feelings and you may not know what to say, this is entirely normal and understandable. There may be some indications that someone is feeling suicidal, it may be that their appearance has become disheveled, their finances may have changed or they may be withdrawn.

According to the Mental Health Foundation, there is evidence that shows that if you ask someone if they're suicidal, it can protect them and allow them to open up and not feel as though they are a burden to you. Don't be afraid to ask someone more than once and if they do tell you that they're having suicidal thought, then it's so important to always take them seriously. Remember, support is there for you as well, and you should try to encourage the person to speak to a professional.

Support for suicide in the workplace

The role of the employer in suicide prevention is critical. Nowadays, people spend more time at work than with their loved ones and it's imperative that there is support in their place of employment. A person's wellbeing and mental health can be greatly impacted by their working environment and both colleagues and line managers can provide important emotional and social support. It's therefore vital that employers take the responsibility to provide a safe environment and give adequate knowledge and training on mental health and spotting the signs if someone is feeling unwell.

As an employer, it's important to start by tackling the stigma around mental health and this in turn will help to raise awareness of suicide. This could be that employees and line managers recognise the signs of someone who is going through a difficult time and encourage open communication. We are beginning to realise those suicidal thoughts and poor mental health are far more common than we first knew. By simply training employees and giving them the skills in these circumstances, as an industry we can start to make a difference and save lives.