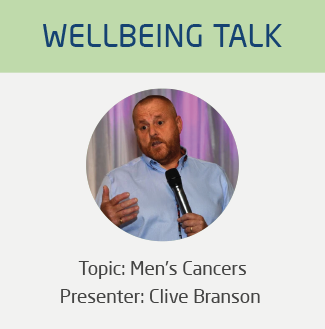 Movember was first established in 2003 and has since funded more than 1,250 men's health projects around the world. To recognise the movement, men grow/shave their facial hear to wear a mustache. By doing this, it symbolises that they're changing the face of men's health and raising awareness of taboo topics, such as prostate cancer, testicular cancer, and suicide prevention.

Men's health is in crisis, and according to Movember.com, men are dying on average of 4.5 years earlier than women and these reasons can often be prevented. Movember aims to provide men with facts about health and change the services available and the stigma around men's health issues. Sharing knowledge and uniting men as a community, will make us stronger and accelerate solutions for a healthier life. Join the Movember movement.

Often men's health issues can be prevented, this can be through awareness or simply changing your lifestyle to a healthier one. There are lots of common health problems that men may experience, such as:

Typically, men are less likely than women to visit the doctor, resulting in more hospitalisations and deaths. Getting regular checkups and health screenings with your doctor can help to prevent a lot of poor health problems.

Prostate cancer is something that we are hearing more about, but many people still aren't familiar with what it is or feel ashamed or embarrassed to discuss it and get it checked. Only men have a prostate gland, and it grows as a man gets older. It sits underneath the bladder and surrounds the urethra, the tube that men urinate and ejaculate through. Its main job is to help make semen.

Prostate cancer often grows slowly and sometimes it doesn't cause any problems, however, sometimes the cancerous cells can spread to other parts of the body if left untreated. This will be fatal if it spreads to the lymph nodes and bones as it will produce multiple tumours. If prostate cancer is detected early, then it can be prevented.

Not everyone will experience symptoms, which is why it's important to go to the doctor for routine checkups. This is usually suggested from around the age of 45. Initially, it's a simple routine blood test called a Prostate Specific Antigen (PSA) and this will test the concentration of your blood.

Some symptoms to watch out for:

There is treatment available for prostate cancer if it's caught early, so it's important to speak to your doctor straight away if you have any concerns.

Domestic abuse can often be overlooked, especially in men. There are many types of abuse; psychological, physical, sexual, economic/financial, coercive, and emotional. Most men don't believe or feel that they're a victim until some time after they no longer have control of their life or if once become isolated and withdrawn. It's hard not to feel that you are responsible or that the abuse is a result of the way that you have behaved.

As domestic abuse doesn't always include physical abuse, it can sometimes be overlooked or not recognised. It's not okay to feel afraid of your partner. You may also feel as though you're not able to make your own decisions, or that you're controlled. Perhaps you're not allowed to talk to certain people or leave the house without your partner. Or maybe you aren't allowed to have control of your own finances. In some instances, a person is made to feel like what they're saying isn't correct or didn't happen, and can make you feel like you're psychologically unwell or belittling your character, causing low self-esteem and low self-worth.

There's lots of support out there, The best thing you can do is to reach out to someone for help. Remember, if you're experiencing domestic abuse, you're not alone and there is help out there for you.